Pope: John the Baptist, an austere and radical man allergic to 'hypocrisy and duplicity'

As he talked about the saint, Francis called hypocrisy "the greatest danger", which ruins "even the most sacred realities". Speaking about the upcoming feast of the Immaculate Conception, the pontiff entrusts to Mary “our prayer for peace, especially for the tortured Ukrainian people". In his message for yesterday’s International Day of Persons with Disabilities, the pope said that the magisterium of fragility is “a charism". 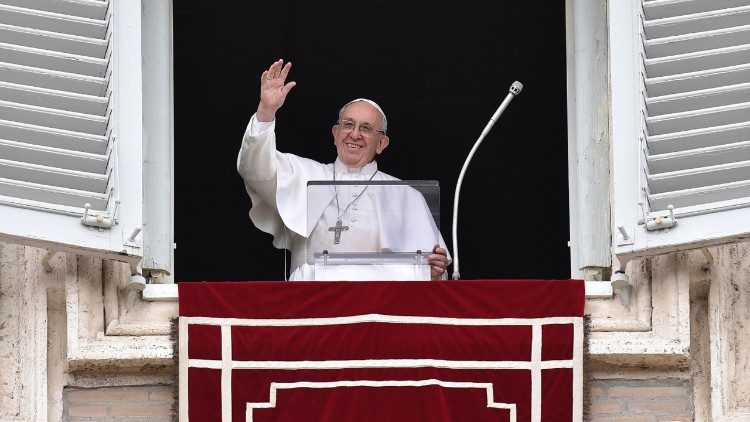 Vatican City (AsiaNews) – At the Angelus, Pope Francis spoke about John the Baptist in order to harshly criticise hypocrisy and duplicity but also noting that Advent is a "time of grace" useful “to take off our masks”.

John the Baptist, present in the Gospel of the Second Sunday of Advent, is an "austere and radical man, who at first sight might [. . .] instil a certain fear.” He “wore a garment of camel’s hair” and ate “locusts and wild honey”. Above all, John urged “everyone to conversion” for “kingdom of heaven is at hand.”

In his address, the pontiff greeted the pilgrims and faithful in St Peter's Square, from near and far, from Spain to Poland, not to mention various communities in Italy, reminding everyone of the upcoming solemnity of the Immaculate Conception next Thursday (8 December).

To Mary's intercession, “let us entrust our prayer for peace, especially for the tortured Ukrainian people,” Francis said.

In introducing the Marian prayer, Pope Francis explained how John the Baptist, "more than a harsh man, is a man who is allergic to duplicity” so much so as that he exhibits a very strong “allergic reaction” when "Pharisees and Sadducees, who were known for their hypocrisy, approach him."

Many approached him out of "curiosity or to gain something because John had become quite popular.” Yet, amid “duplicity and presumption”, they “did not welcome the moment of grace”.

John’s cry, Pope Francis warns, is that of a father “who sees his son ruining himself and says to him, ‘Don’t throw your life away’” for “hypocrisy is the greatest danger because it can even ruin the most sacred realities.”

To welcome God, “cleverness is not important,” Francis explained, “humility is” for “It requires getting off one’s pedestal and being immersed in the water of repentance.”

The saint’s "allergic reactions” should make us reflect too that sometimes "we look down on others, thinking [. . .] that we do not need God every day.” In fact, the only time when it is acceptable to look down on others is when we “help them get up”.

“Advent is a moment of grace to take off our masks – every one of us has them – and line up with those who are humble, to be liberated from the presumption of the belief of being self-sufficient, to go to confess our sins, the hidden ones, and to welcome God’s pardon, to ask forgiveness from those whom we have offended. This is how to begin a new life” with “only one way, the way of humility”.

Francis ends his reflections by telling us that “with Jesus, there is always the possibility of beginning again. It’s never too late”, again following the “way of humility”.

Yesterday, the pope released a message for the International Day of Persons with Disabilities, which is celebrated on 3 December, stressing that the magisterium of fragility is a charism that can enrich the Church.

The presence of people with disabilities can “help transform the actual situations in which we live, making them more human and more welcoming. Without vulnerability, without limits, without obstacles to overcome, there would be no true humanity.

“For this reason, I am pleased that the synodal journey is proving a favourable occasion to listen at last to your voices, and that an echo of your participation can be found in the preparatory document for the continental stage of the Synod.”

Addressing women and men with disabilities who "live in the midst of war," the pope notes that the magisterium of fragility, “if heeded, would make our society more humane and fraternal, enabling all of us to understand that happiness is bread that is not eaten alone.”