Crown Prince Mohammed bin Salman laid out plans for the new megacity rising on the Red Sea, with buildings lined up on a 200-metre strip along 170 kilometres of coastline with no cars or emissions. Meanwhile, the crown prince is back in Europe for the first time since the Khashoggi murder. 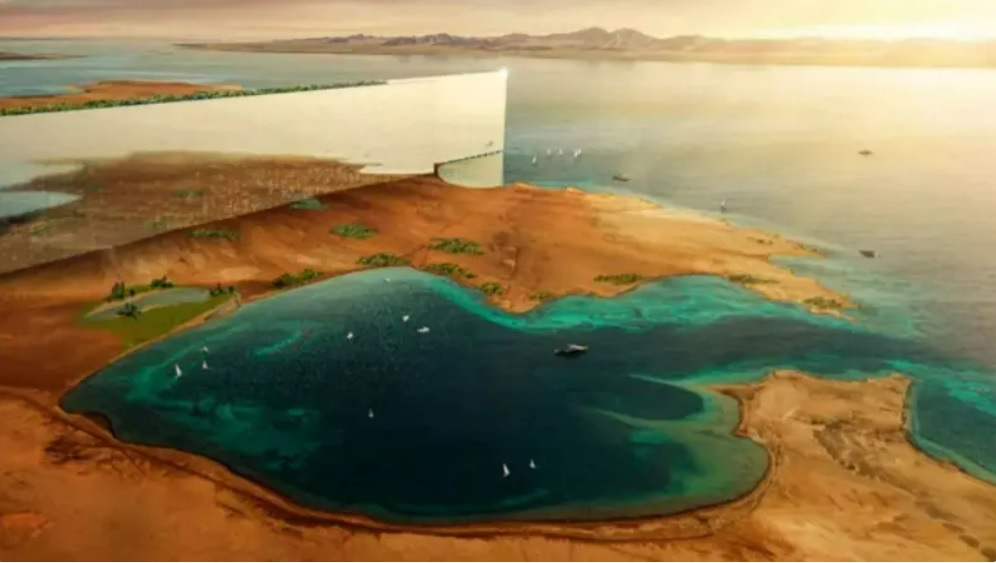 Riyadh (AsiaNews/Agencies) – In today's uncertain economic situation, Saudi Prince Mohammed bin Salman (MbS) is back touting Neom, a futuristic city for nine million people squeezed into a 34 square kilometre strip with no cars, roads or emissions, on a 200-metre-wide, 170-kilometre-long strip that will cut across desert and mountains along the shores of the Red Sea.

Built from scratch, the new city will be environmentally sustainable with everything reachable within five minutes on foot, while high-speed rail transit will provide 20-minute end-to-end commute.

The new city under construction in north-western Saudi Arabia is part of the crown prince’s Vision 2030 plan to modernise the kingdom and draw foreign capital away from the other Gulf states.

His flagship project, with its futuristic sketches and promises of sustainable development, comes with a US$ 500 billion price tag, funded so far only by Saudi Arabia’s sovereign fund, but is also expected to be financed through flotation in 2024.

One of MbS’s added goals is to turn the country’s stock exchange into one of the world’s top three financial hubs.

Neom’s first phase is expected to be finished by 2026, reaching a population of 1.5 to two million by 2030, with nine million planned for 2045, bigger than Abu Dhabi, the crown prince said.

Meanwhile, after the recent visit to Saudi Arabia by US President Joe Biden, MbS is on his first trip to Europe since his presumed involvement in the 2018 killing in Istanbul of Saudi dissident journalist Jamal Khashoggi.

Today he met with Greek Prime Minister Kyriakos Mitsotakis in Athens with whom he signed agreements on defence, Saudi investment in Greece, and bilateral scientific cooperation.

After the first stop in Greece, MbS is expected in Paris where he will meet French president Emmanuel Macron, who will renew calls for Saudi Arabia to boost oil output to offset the loss of Russian supplies because of sanctions following Moscow’s war in Ukraine.