The changes already approved by the government and soon to be considered by Parliament concern Article 19 of the Constitutional Charter. The Asean Parliamentarians for Human Rights have opposed the proposal. The premier's will is to make it to the 2023 elections without any opposition. 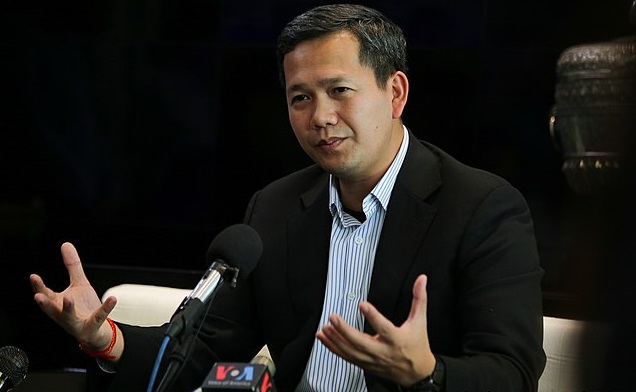 Phnom Penh (AsiaNews) - The government's proposal to amend the national constitution is raising alarm not only within the country, which has been under the semi-dictatorial control of Prime Minister Hun Sen for 37 years. The victory of his Cambodian People's Party in last June's local elections, anticipated by the substantial disappearance of any opposition, has further strengthened his commitment to retaining power for much longer.

Of particular concern is the amendment to Article 19 of the Constitutional Charter concerning the appointment of the head of government. In its current form, the article states that it is the National Assembly that elects a premier chosen by the party that wins the elections. With the proposed changes, on the other hand, the mere proposal to the king of a candidate from the majority party would suffice, thus avoiding parliamentary debate on the qualifications of the future premier. A move that aims to open the doors of the office to Hun Sen's son, Hun Manet.

The voices of dissent were also joined by MPs from the Asean Parliamentarians for Human Rights (Aphr), an organisation committed, among other things, to monitoring the situation of democracy and human rights in Cambodia. Aphr and other civil society groups consider the measure to be 'a death sentence for democracy' designed to deprive the Cambodian parliament of any role.

Aphr's line was clearly stated by Kasit Piromya, former foreign minister of Thailand and a member of parliament in his country, who is now on the board of the humanitarian organisation: 'The Cambodian government claims that the changes were proposed to ensure a functioning government, but many of them are actually designed to cement the power of Hun Sen and his allies by granting more power to the executive branch of government at the expense of the legislative branch'. Kasit explains that 'if confirmed, the move would be just the latest by Hun Sen to undermine the democratic processes and rights of millions of Cambodians in order to further enrich his family and others who have benefited from the corruption that has become rampant under his rule'.

Further changes include granting the premier the power to appoint an interim prime minister or to increase the number of MPs needed to propose a vote of no confidence in the prime minister from 30 to 42.

With all 125 parliamentary seats allocated to his Cambodian People's Party, and having dissolved the opposition Cambodia National Salvation Party in 2017 with artfully mounted accusations, the passage in Parliament (expected soon) of the changes already approved by the government represents an attempt to go into the 2023 general elections without any real threat to Hun Sen or his heir-designate.