Handcuffed monks with a sign hanging around their neck are dragged away from their monastery. They are crime: demanding religious freedom for Tibet and the return of the Dalai Lama. Shameful and hateful pictures are posted online.

Dharamsala (AsiaNews) – China’s Communist government uses a variety of methods to crush the spirit of those who try to resist Chinese cultural invasion in Tibet. They include anti-riot police dragging handcuffed monks, wearing signs with their name and “crime” around their neck. Posted on boxum.com, pictures show how monks are exhibited as animals, sources indicating that they are from Kirti Monastery, hotbed of recent anti-Chinese demonstrations.

The pictures were taken during a recent raid against Kirti monks who have resisted Chinese threats and opposed absurd decrees that Beijing views as laws. The pictures show monks dragged away with signs around their neck indicating their crimes, separatism or independence.

Kanyag Tsering, a Buddhist monk who fled the area for Dharamsala, identified some of the people and places where the act of public humiliation took place. “The ground where hundreds of Chinese armed security personnel are sitting is a public basketball ground in Ngaba Kriti town,” Tsering said. Moreover, “you can visibly see the Kriti monastery stupa” (a dome-shaped shrine).

Since March, Chinese authorities have undertaken a harsh crackdown against the Kirti Monastery in Ngaba.

The first monks who set themselves in fire to demand Tibetan freedom and the return of the Dalai Lama to his spiritual home were from here.

When the wave of self-immolations began, China’s government took a hard-line and sent hundreds anti-riot police who have imposed the state’s iron will on the local populace. 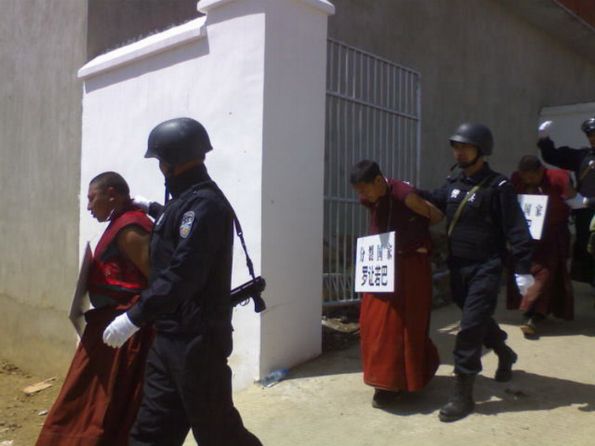 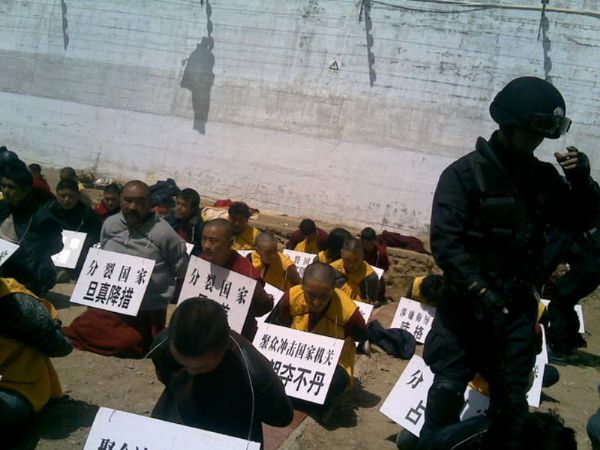 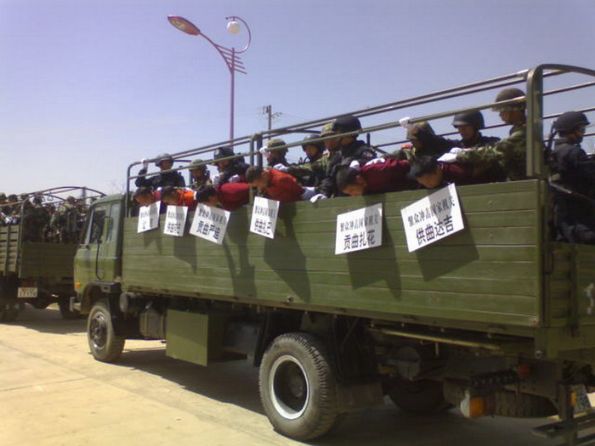 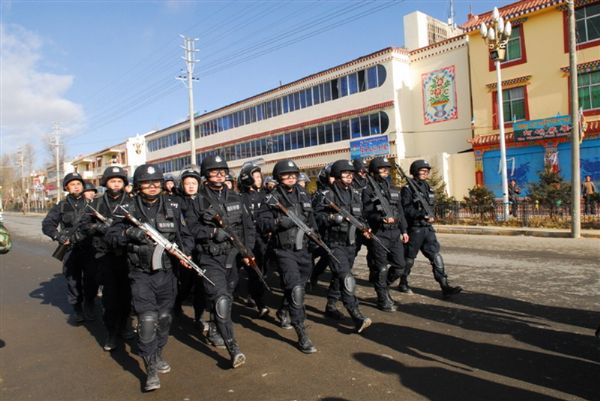 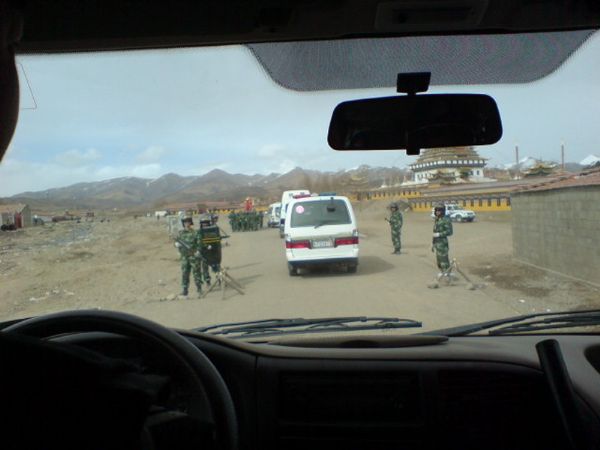 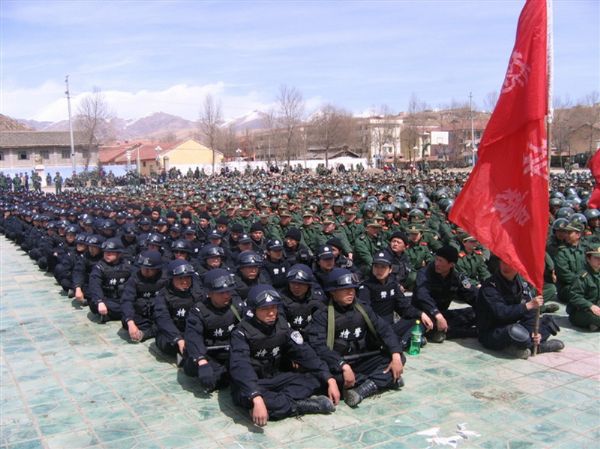 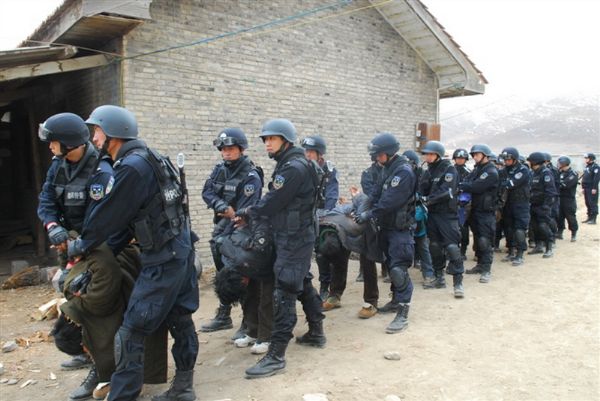 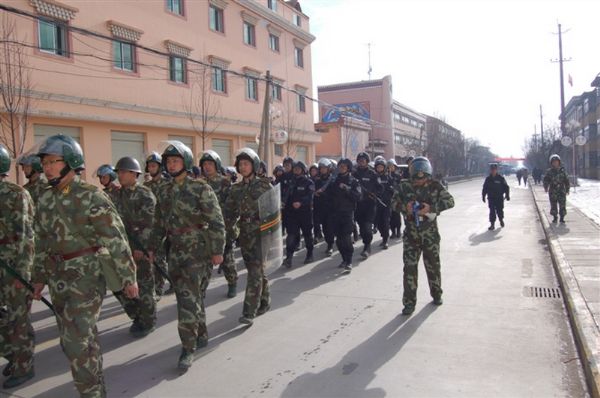