The new Silk Road grinds to a halt in Ukraine

Putin's invasion has blocked Chinese funding in Russia for the Belt and Road Initiative. A project for the joint construction of a transport super plane also suspended. The Chinese limit collaboration with Moscow to the energy market for fear of running afoul of Western sanctions. 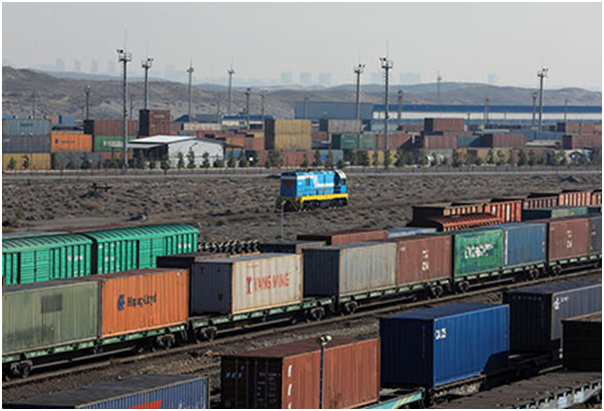 Moscow (AsiaNews) - A ceremony was held in Beijing to award prizes to the authors of creative works as part of the Belt and Road Initiative, Chinese President Xi Jinping's global-scale infrastructure plan. However, there was no mention of the programme's abrupt halt due to the war in Ukraine, which has resulted in the suspension of all Chinese funding to Russia for its contribution to the new Silk Road.

According to data from Shanghai researchers, no Belt and Road projects were implemented in Russia in the first half of 2022. The Chinese do not want to run the risk of being with Western sanctions. Although in the pipeline since 2017, the joint construction of a super-transport aircraft has not been completed either. The few ongoing business deals between the Russians and Chinese fall outside the plan promoted by Xi.

Kristof Wan, director of the Centre for Ecological Development at Fudan University in Shanghai, told Meduza that the interruption of investment in Russia has led Beijing to intensify trade with the Middle East. This means that the grandiose infrastructure construction plans, which would allow Chinese products to reach Europe quickly and smoothly via Russia and Central Asia, remain for now only on paper.

Today, Russia and China are both under intense pressure from the Western information system, and the Belt and Road is not being spared. According to Wan, this is a transitory phenomenon, despite the prolonged conflict in Ukraine.

Currently Moscow and Beijing are focusing on energy supplies. China depends on Russian oil for 15% of its total and gas for 8%. The two sides signed new industry agreements shortly before the start of the invasion of Ukraine.

The new CR-929 super passenger aircraft, which was to be built together with the Russians, will now probably be finished by the Chinese together with Boeing and Airbus, also because its planned use is for routes to Europe and the US. For the Russians, this is tantamount to waving a white flag in front of Westerners.

A source quoted in a Hong Kong newspaper claims that China is trying to exclude Russia from the gains in the Chinese market in order to share it with other international partners.

The director of the Institute for Asia and Africa at the Mgu University, Aleksej Maslov, says "Western media do not calculate well the extent of Chinese investments, which have not been reduced to zero with Russia, which is actually not officially part of the Belt and Road. We only have bilateral projects, and there are still very operational areas, especially in the Far East."

China continues to buy coal in Jacuzia and Kuzbass, while slowing down cooperation in fields where it can benefit from other directions. In aeronautics and other strategic sectors, the Chinese fear the Russians' inability to guard technological secrets, and therefore renage on agreements above all else.

Beijing does not want to hand the advantage to its adversaries, it exploits its friends according to its own convenience, it keeps its doors open even where barriers are created as in the case of Ukraine. Only time that will make it clearer how the international market will be restructured.